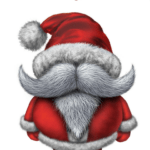 Christmas is the most pun-derful time of the year. There’s just so much material to work with, from toy making elves to flying reindeer to a certain chimney-traversing fat man. All those quirky symbols of the season make Christmas a jolly good time for silly wordplay.

Besides, puns fit right in with the corny traditions of Christmas. You might say they’re the verbal equivalent of a crude gag gift, a gaudy ornament, or the much-celebrated ugly Christmas sweater.

So, to help kick off the Christmas season in appropriately tacky style, we’ve come up with this big list of funny Christmas puns. We think Yule love them. 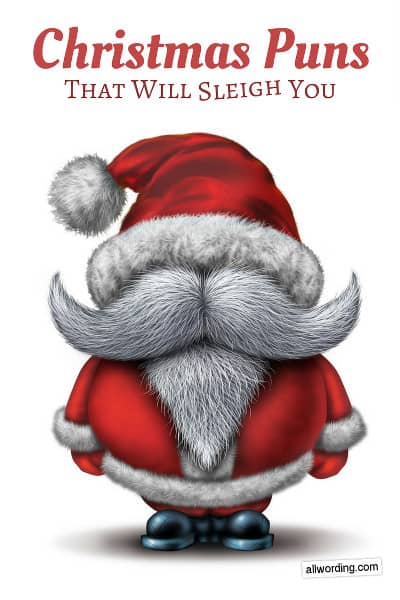 Santa Claus looms large at Christmastime, and not just because of his famously round belly. Here are some Santa puns to stuff in your stocking.

Here are some puns about Santa’s trusty little helpers.

Oh deer, here are some puns about Rudolph and company.

Finally, here’s a grab bag of miscellaneous puns about Christmas and all its traditions.

That’s a lot of Christmas puns. However, if it’s still not enough to (Yule) tide you over, head on over to this list of winter puns. For ideas on funny things to write in a Christmas card, check out this article.