What is it about alcohol that encourages clever wordplay? Maybe it’s the fact that there are so many different varieties and brands of liquor, many of them with funny sounding names. Or it could be because people have been drinking – and talking about drinking – for so long that a rich vocabulary of booze slang has developed.

Or maybe alcohol-related witticisms only seem clever because the people enjoying them are often plastered. Call it the auditory equivalent of beer goggles.

Whatever the reason, alcohol is a great subject for all sorts of verbal shenanigans, including puns. To drive the point home (because it might be a little tipsy), here’s a hefty sampling of alcohol puns organized by drink type.

Note: Notice something missing? The possibilities for wine puns were so great, they spilled over into a separate list.

To start, here are some general puns about alcohol and drinking. Bottoms up! 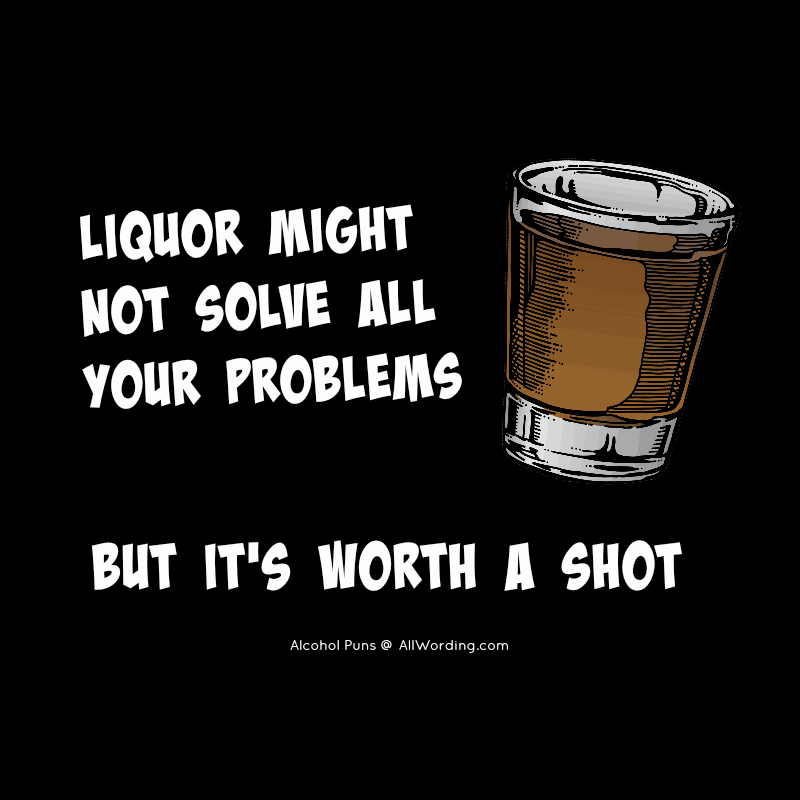 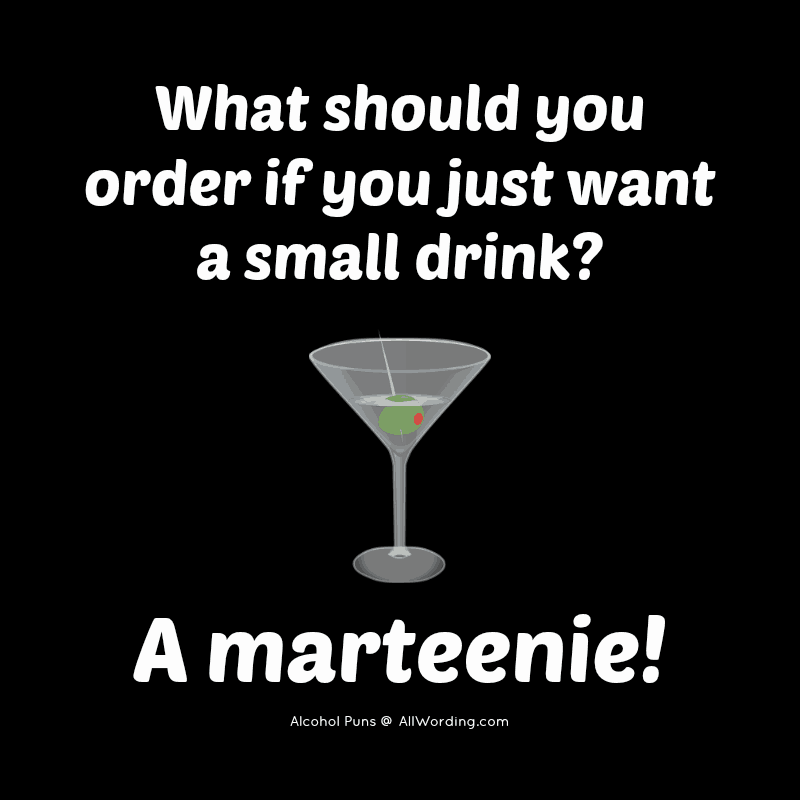 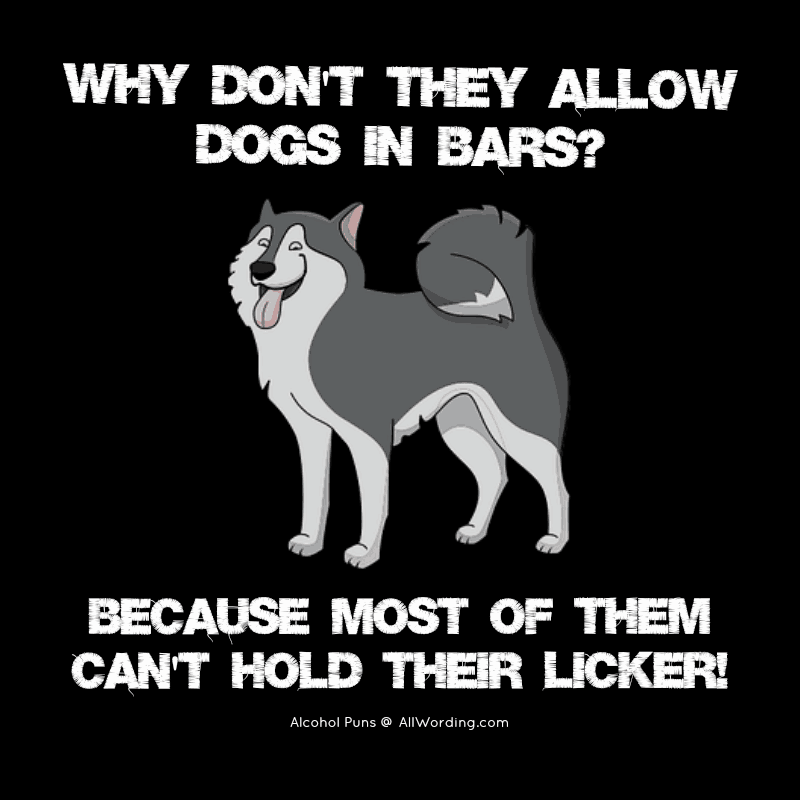 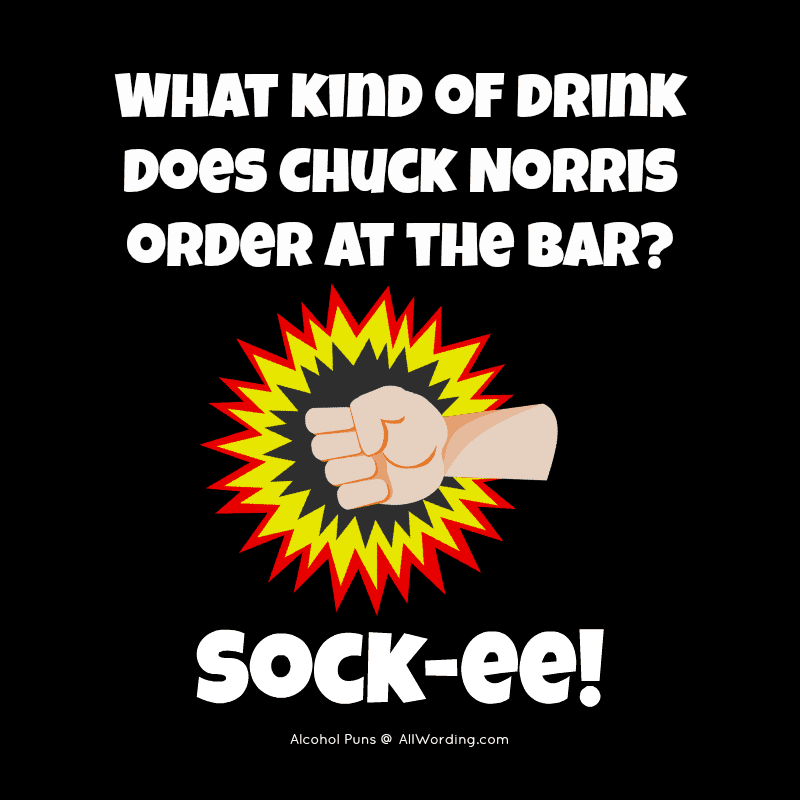 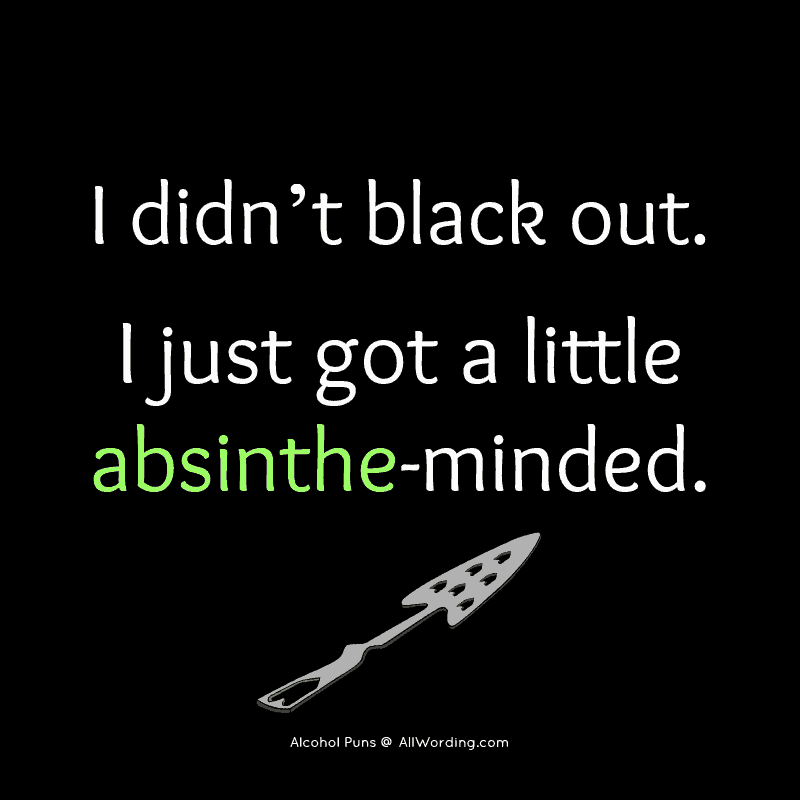 Love beer? If so, here are some puns that should make you very hoppy. 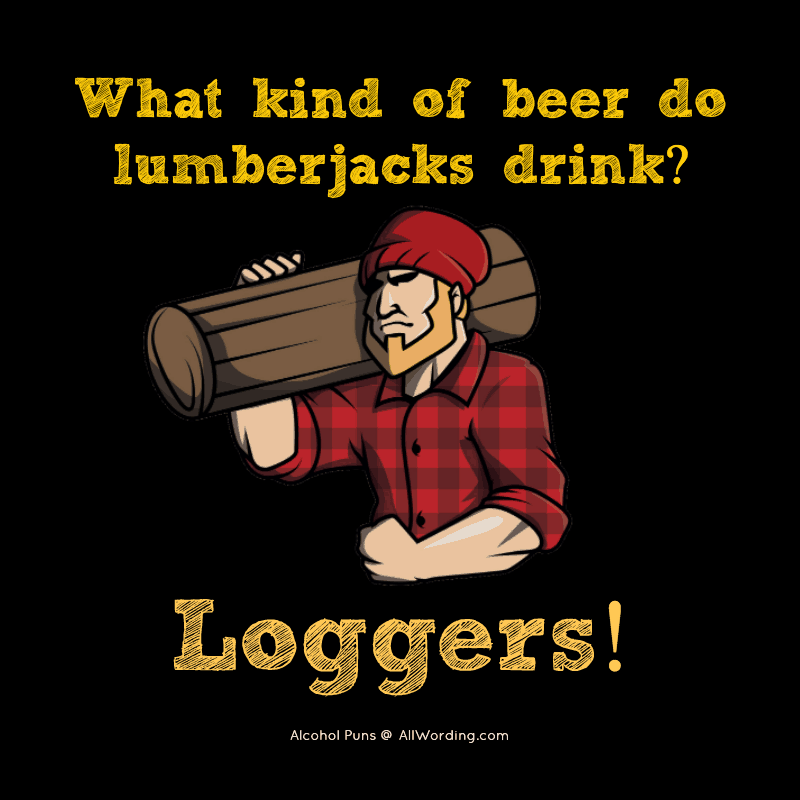 Whiskey puns are hilarious, and we have the proof. 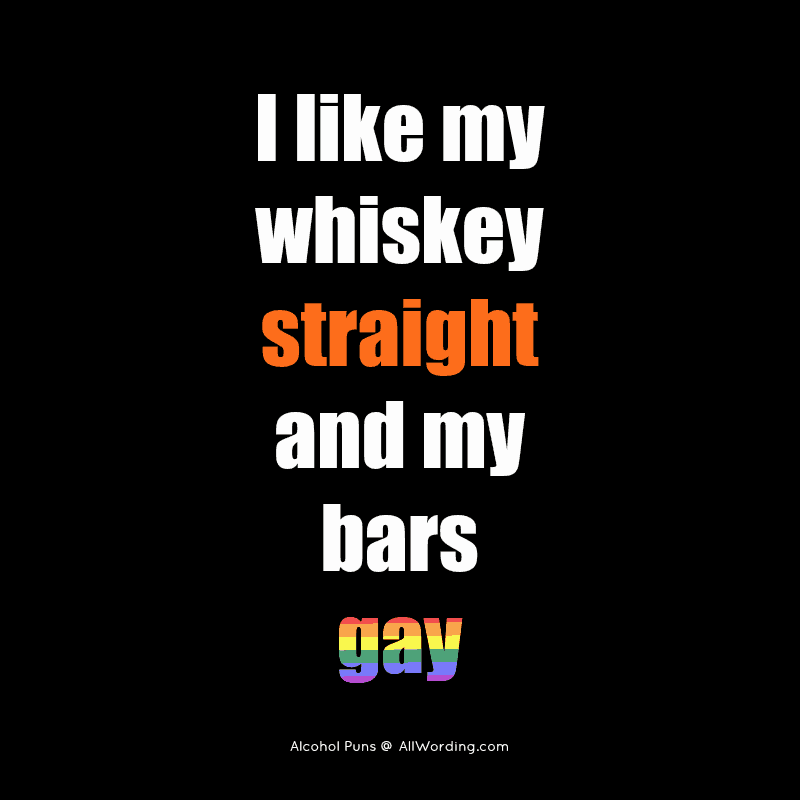 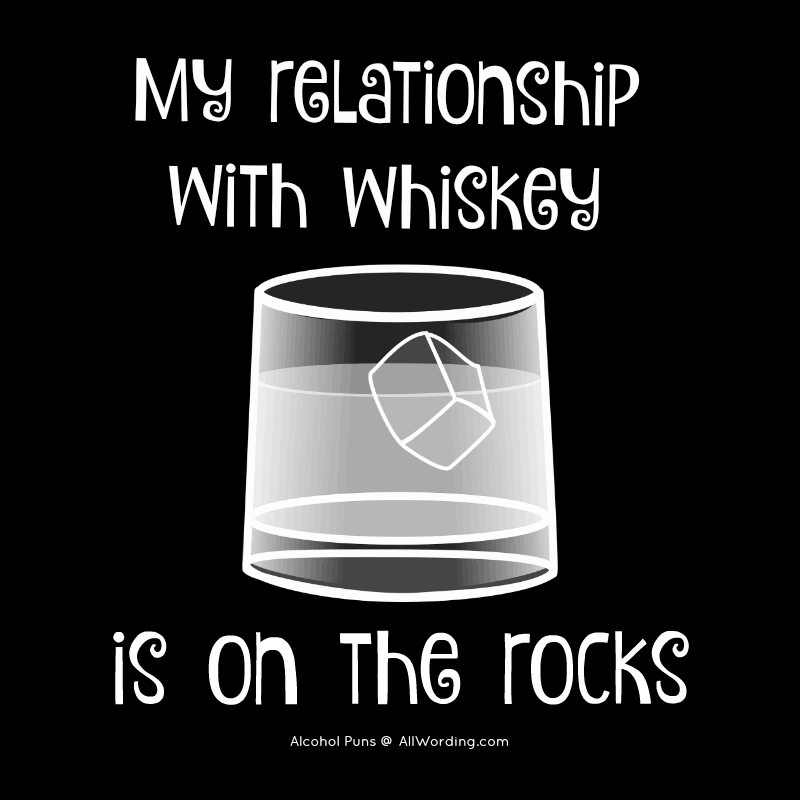 Here are some tequila puns that will worm their way into your heart. Also, can we taco ’bout our list of Cinco de Mayo puns? 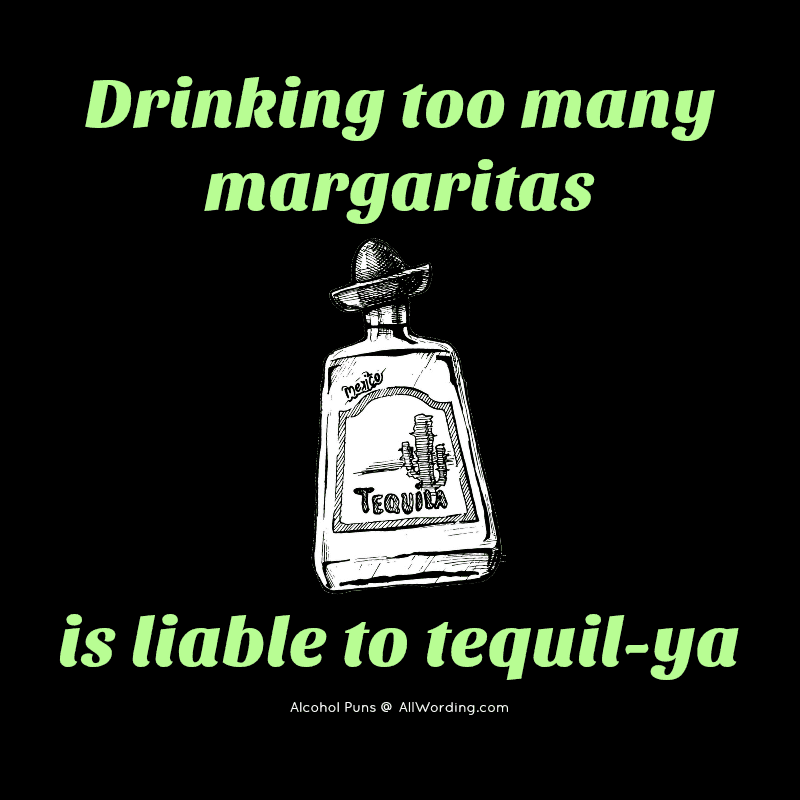 When choosing the best type of alcohol pun, many would say that vodka is the clear choice. 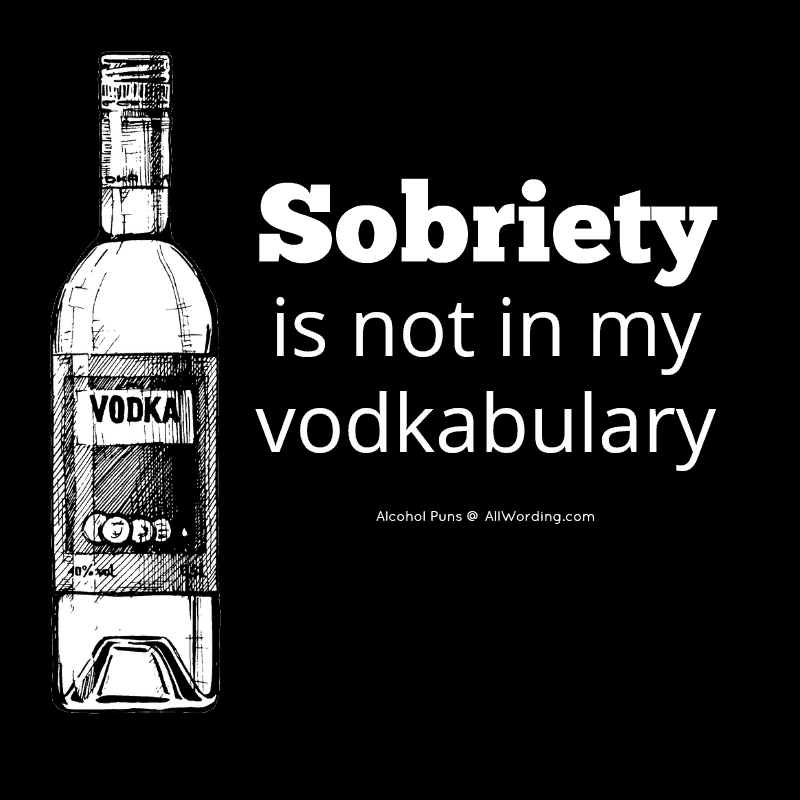 If these alcohol puns left a bad taste in your mouth, you might want to chase them with this collection of Irish toasts and sayings. Cheers! These witch puns are so bad, you might even find them hex-cruciating.