A jump scare in a horror movie might make you spill your popcorn. A monster brought to life via special effects might send shivers down your spine. But what does it take to truly get under your skin? For many of us, the answer is words.

Words have the power to communicate unsettling ideas, showcase demented minds at work, and unleash terrors locked away in our own imaginations. Whether it’s an eerie passage in a book or a creepy line of dialogue in a movie, words are often what make the real scares happen.

To illustrate, we’ve put together this list of the scariest quotes of all time, drawn from books, movies, and perhaps the most frightening source of all, the Bible. So turn on all the lights in the house, pull up the covers, and read these unforgetable scary sayings… if you dare. 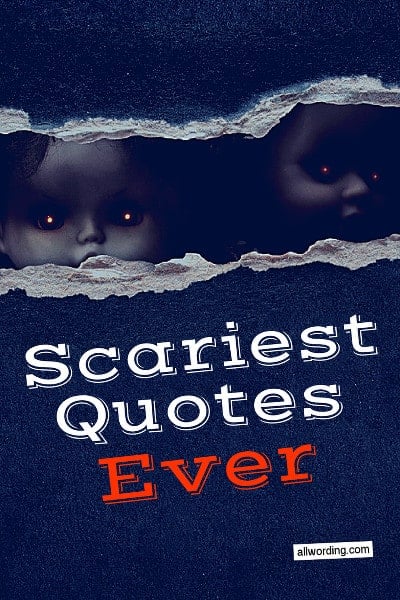 It’s no surprise that many of the scariest quotes ever come from books and poems. Before Stephen King and creepypastas – indeed, before horror was even a genre – authors have been scaring the bejeezus out of readers with their chilling use of language. 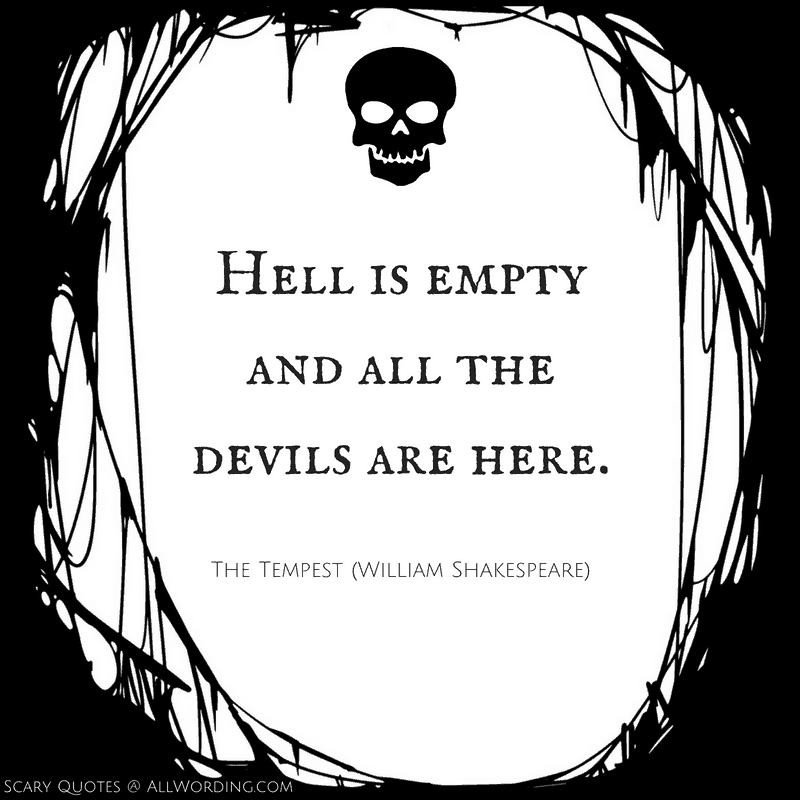 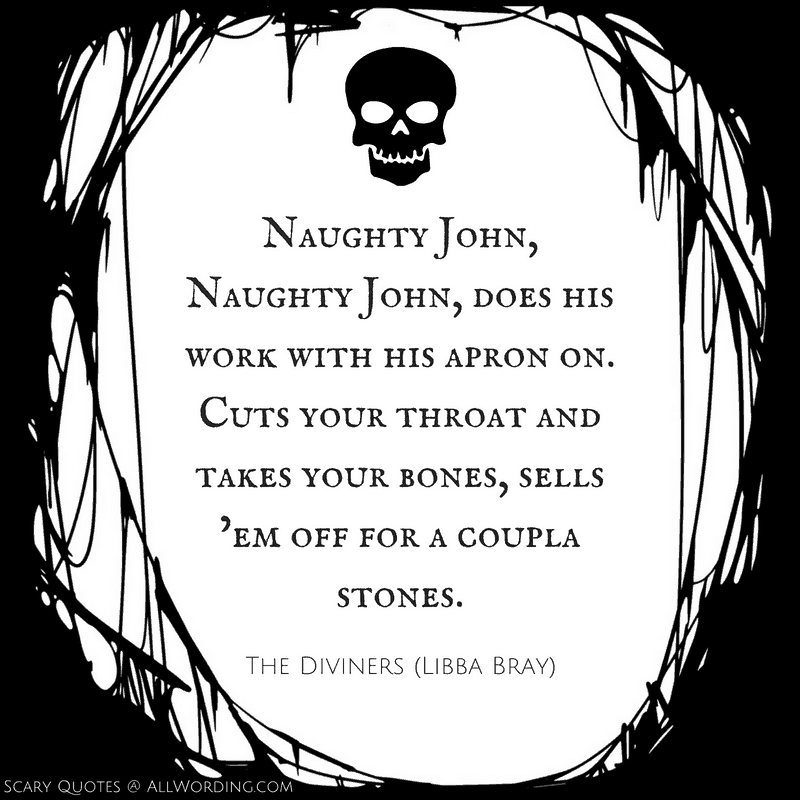 Most films are associated with a single line of dialogue – they’re made that way to capitalize on marketing. In the case of horror movies, the sound bites we remember most are (of course) the scary ones. Scariest Quotes From The Bible

Want to read a really scary book? Check out the Book of Revelation, with all its descriptions of end times and the mind-warping monsters that accompany it. But as the following examples show, that’s far from the only part of the good book that gives people the chills. Looking for a spooky saying to put on a tombstone for Halloween? You can find lots of options in this article.