To be sure, not every father-daughter relationship is blissful. In fact, even relatively strong relationships between fathers and daughters can be complicated and imperfect. Still, for many people, this is one of those subjects that’s so close to the heart that words often fail.

Then again, words sometimes succeed. Here are 16 famous father-daughter quotes that put this precious relationship into perspective. These short sayings are cute, funny, and most of all, touching. Grab a tissue. 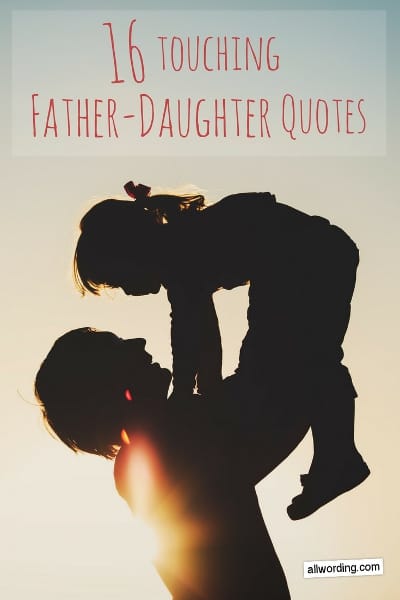 If you’re looking for a touching message to share with your Dad on his birthday, be sure to check out this article.