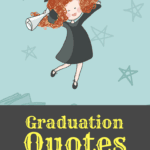 Graduation is a big occasion that calls for big sentiments. Whether you’re writing a commencement address or just sending graduation wishes, you’re searching for words that are profound, poetic, inspirational, funny, and preferably, brief. But hey, no pressure.

This is when it might be a good time to lean on the eloquence of others. Fortunately, many people have offered their pearls of wisdom to high school and college graduates over the years. In fact, you could probably fill a hefty book with sage words of advice for graduating students.

Consider this the Cliffs Notes version. To save you from endless research, we’ve put together a list of the best graduation quotes of all time. Note that while many of these sayings are well-known, we’ve taken the road less traveled and avoided some of the more obvious choices. 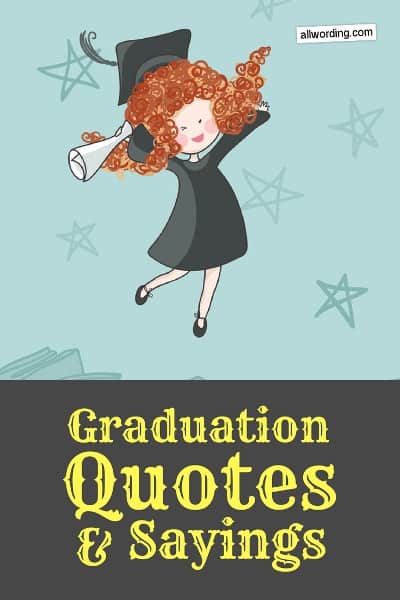 It’s called “commencement” because graduates are beginning something new. Here are some inspirational graduation quotes to motivate them toward greatness.

Hey, there’s only so much space on a graduation card. Here are some graduation messages that say a lot in a few words.

Graduation is a solemn and ceremonious rite of passage, which makes it a perfect target for humor. Here are some funny graduation quotes to keep things loose.

Graduation is an emotional time for the proud parents. Here are some quotes to share with a daughter who’s graduating.

Here are some quotes to share with a graduating son.

Let us not forget that graduation is a time of celebration. Raise your glass to these graduation toasts.

Of course, graduation is also a time for saying goodbye – to classmates, teachers, and sometimes parents. If that’s your focus, see this list of the best farewell quotes. Put a little spring in their step with these March greetings.